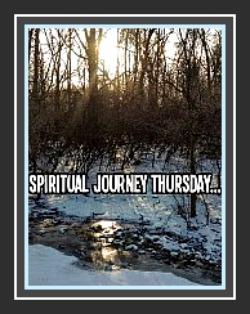 Many thanks to Carol V. for providing this week’s SJT focus word!

“Believe” is a complex construct, as changing the punctuation after the word reminds me.

As I look over the list, I realize that I could easily reflect today on each one of those differing nuances, of differing emphases in meanings.

However, quite unexpectedly, what intrigues me as I look at the list  (even though, at this moment, I have absolutely no idea where my reflection will take me) is reflecting on this presentation of the word:

For what was screaming out at me as I looked at the word “Believe,” listed seven times above, was the accusation I saw within:

“Religion is the opium of the people,” Karl Marx observed. And if I recall my economic and political histories correctly, he accused religion of keeping people willing to sacrifice material goods in this life–to accept “political and economic put down,” if you will, in this life, in trade for a promised better life after death.

Praise God! For generations–how many I do not know, but look forward to learning when, please, God,  I am in Heaven–individual family members, anonymous to me except for my parents and grandparents, believed and passed on that belief to me.

If there were a reason for me (beyond curiosity) to study a family tree, it would be this reason: to learn by name -and, if possible, by face–to know to whom I owe the gift of my Faith.

A Jewish colleague, commenting on the Rosary beads she saw me holding, compared the strung beads to the mental image she has of her Jewishness. She said she imagines that her ancestors in faith are linked together, like the jewels on a necklace, in chronological order, passing the faith to the next generation.

I really loved that imagine of passing along the Faith, of being linked to those who have preceded us, as well as to those who will follow us–a long chain of believers, if you will. That image makes me grateful to those I do not know by name or face. And I praise God for their faithfulness, their decision to keep the Faith. And I can’t help wondering what would have happened to me if along the way, going back to who knows how many generations, one of them had given up the Faith–through indifference, through laziness, through cynicism, who knows…

Would I have Faith if I had not been gifted with a Faith heritage from birth? True. Yes. I have questioned. I have doubted. I have searched. But always I had a Faith-foundation undergirding those questions, doubts, and explorations.

For me, the lie is that belief in God, being a member of a formal religious community  diminishes, makes one immature, and belies one’s intelligence.

I praise God that I believe, and I am indebted to those, living and deceased, who have given and or nourished and supported my belief, even–and especially– when what I believe is different from what they believe, even when they say they believe nothing at all.

God works wonders in amazing ways! Those whose faith is different from mine have been among those who have most edified and encouraged my practicing mine. And when those who profess nonbelief in God go about doing good–better than I do–their witness to God’s presence within them, despite their protesting that they do not believe in Him, challenges me to live my Faith more authentically.

I love the answer St. Martha gave Jesus when He asked if she believed that He is the Resurrection and the Life, and that those who believe in Him–even if they die–will always live: “Yes, Lord. I have come to believe that you are the Messiah, the Son of God, the one who is coming into the world.”(John 11:27)