Posted on September 24, 2015 by bobbietaylor 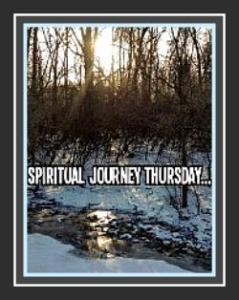 SJT is hosted weekly by Holly Mueller. Please join us!

From my earliest days, I don’t think I knew I really had only one given name. So equally often did I hear two names from the lips of my mother.

Bobbie, on the one hand.   …PatienceChildPatience, on the other.

Not that my mother said Patience, Child, Patience as if it were an imperative sentence. (Which it truly was.)

No, she spoke those three separate words as one long run-on: “PatienceChildPatience.”

“PatienceChildPatience” was a name. My name.  A name my mother called me, even in my adulthood. A name she called me, frankly, up to her death.

Not a name that described my major virtue already attained, as often Native American names do. (Not that we were Native American. But I always felt a soft spot for the First People, given how unfairly they were treated. As an adolescent, my dream was to teach on a reservation. I never did.)

No. “PatienceChildPatience”–that name described more an inadequacy, a vice: impatience.

In that context, that name was more a goal to strive after. A name to work to attain. A remedy to be employed.

Suffice it to say, then, my mother’s discipline of me had a lot to do with curbing my impatience and anger. (I think those two faults go together.) As a parent, I don’t envy her!

Later (even till today), as an adult, I struggle with disciplining myself to be more patient—not only with circumstances, but with myself, as well as with others.

Some well-meaning friends have advocated my saying (a lot) the Serenity Prayer as a way of combating impatience. Others have recommended the prayer of St. Teresa of Avila.   One of the last lines of St. Teresa’s prayer, I admit, is very motivating:

Despite all my mother’s best efforts, as well as the efforts of my praying those recommended prayers to help me to change, what has spoken most powerfully to me, what has impacted me most of all to make a firm commitment to change, was reading  (I think it was from one of Fr. Henri Nouwen’s books) about the derivational linkage between the English word “patience” and the Latin word patientia which means (Are you ready?)….suffering!

When I am impatient, I am shaking my fist at suffering. Yes! That is true. Being patient is a great suffering. When I refuse to be patient, even in the littlest thing like waiting for a traffic light to change, I am refusing to suffer.

“If anyone wishes to come after Me, he must deny himself, and take up his cross daily and follow Me.” Luke 9:23

“Whoever does not take up their cross and follow me is not worthy of Me.” Matthew 10:38

Uh-oh! Impatience is no little thing!

Having to be patient, for me, is a small death.

Now the only question is this: in the end, which death will come first? Physical death or death to my impatience?

Currently, I would have to admit—short of a miraculous intervention by the Lord—physical death. However, I would also have to admit that compared with how impatient I was before learning the etymology and Gospel implication of the word, I am much more patient since.

To quote Joyce Meyer, from whose television broadcasts I have learned so much, “I’m not where I need to be, but thank God I’m not where I used to be.”

That is the good news, not only for me, but for everyone around me.

Who knows! Maybe my mother’s name for me, much like Native American names—or even Old Testament names— given to infants that prophesy a future virtue, will turn out to be truthful  in my case.

Believe me, only by the Grace of God will I ever live up to the name Patience. But it’s a good name to cooperate with the Lord’s Grace to bring to fruition.

Even so, my mother would be proud!  PatienceChildPatience is not where she should be, but she’s a lot more patient—a lot less impatient than she used to be—even since her mother’s death six years ago.

Bet my mother’s been praying for me!

And when I find myself getting impatient, guess what I hear myself saying—often aloud?

PatienceChildPatience. And the voice I hear has a ring to it that sounds suspiciously like my mother’s!

With God’s Grace, I’ll have increasing victory over the impatience that has pained me from before I knew my name was really only Bobbie.